Suspected Vampirate, really simply could just be here for all your stuff. Refrains from calling it "Booty". The Soldier, Explorer, Settler, Scientist, and Pirate of The Shipwreck. This boat should really be named something. The P.S.S. "Something". Shouldn't Google to get here anymore. So tired of reading about Shiritaki noodles. I am that chill in the air.

March: I'm making friends and influencing people. Finally in a clan, led by a really funny mollusk man that resembles a larval Conan O'Brien, whatever that is. He tells me who to kill, and says if they've got a problem with that, to take it up with him. He stands by his commands. What a mensch. He totally gets how much work really it took to get killed by a parrot.

April: The plan was there was no plan at least not any we can discuss openly. Gliding on the winds of fate and chaos for now. The good news is we're unifying the island and getting some muchly needed "cleanup" work done in the process. "Project: Ninjanitor" has been fun and fulfilling. Exploration and experimentation continues. Now for Rum!

May: "S.H.A.R.T. and I have no choice now but to stop negative Natives and oppressive Outsiders before they destroy Shartak! Freedom may be the right of all sentient beings, but to protect the greater good we must vanquish the Guilty! It won't be easy, but nothing worthwhile ever is!"

June: Adventure Capitalism, Online Piracy, this month's plan is to have no plan. The Gods kill indiscriminately, so too shall we. If OnLy! The evidences of the Killers of Peaceful Intenders sins still wail in echoes issuing forth from The Underworld though. And so it is we're still working to restore the balance. Remnants to Revenants, I say. Also, TrEaSuRe!

Wearing: a vampire mask, a dark blue baseball cap, an ankh necklace, a grey short-sleeved shirt, a dark blue jacket, a grey greatcoat, a pair of dark blue jeans and a pair of grey boots. The Parrot's name is Cobalt, after his unique dark azurean hues. The Monkey is Manticore, his spiky mane and tufted tailtip make him easy to locate and reclaim.

July: Off to see to the demolition of Derby, either to prevent that or help it along, depending on if anything of the place can be found salvageable, and to recon and reckon with clan members too, and all that good type stuff. Wanna heavy sword too. Demanding an increase in my hazard pay for sure. snail was nowhere, what an irresponsible clan leader.

August: In-depth Parapsychinormological Research with the Masters at Wiksik. Should be good for the spirit. It's actually been quite mellow. Once they realize you're there for a duration, they run outta being steamed, maybe finding someplace else ta be until you're the one bored and move on yer own. Peacekeeping missions, yeesh, whatta boor.

September: All up deeply entrenched withinside the Raktam area. Hey, town that name'd have ta expect that one now and then, hyuk. Archeo-illogical digs here and there looking for clues intelligent life ever lived there. It's a ghost town with a few lingering vapors here and about. Really actually looking forward to

October: Eyes on the prize in Haiti, planning my Thanksgiving already, but spending Halloween closer to Home. I hear thar'll be Zombies afoot. Finally a Lot of Evil who Understands WHY They're being Killed! Let's get us up on the lists this month, come Trick nor Treat. Skullture would be proud. ... They're Here!

November: Time to share with the Natives our Bounties, slap'em with some Education, ReLiGi0n, a few metric kilotons of Democracy. Kidding! But there will be a Foreign Exchange of a sort. Ah, Zombie Leftovers, sterling, okay, those first. Alrighty fine, human-munchers of all types. Hello, Rakmogak! Pabkim works for the Pirates. It's verified.

December: 'Ere comes Sandy Claws, I'm re-questing for a Pistol too, might Take me a Look for the Ghost Ship whilst I await. On the Shartakth Day of Xmas, Santa's Grotto Gave To Meee... 40 gold coins and a first aid kit. Aye purromise ta use these gifts ta spread joy near and far, wherever ye arrrh. Let's just bounce around for the rest of this month.

January: Investigating some anonymous tip received on gun runners selling munitions to the Cannibals. May shake down Re-Pete for info on this and other dirt going down on the isle. http://www.leaky.org/repeteparrot.pl Extradite him back to the U.S.S. for briefing and sanctuary. https://www.shartak.com/profile.cgi?id=npc-3294 acquired.

Febuary: Rebelluary against the vocabulary spelling February how I pleasurary. I really ship the wreck so I'm staying close to home for the hearts' days. No prospects, no sweeties this year, spoiling me instead. May get shipfaced dronk on the cat'o'tricornharpoon boat, who knows. Ghost ride the ghost ship maybe. We'll see. Islands Vacay. Hunt!

March: Our hearty SHARTy hardy har har clan is doing Operation Project Roomba, completing more explorations, and, uh, sanitizing all in our paths. Onward, hut-two, MaRcH! Getting the odd sense I may be on the track of a Karzarak doing this, whatever that is. Those were some giant footprints to fill but we're walking it.

April: Resupply first, then see what's needing done. This Hyensteria was a short-sighted fool. There's so much more ta this than taco bell. For instance, coming right up, rumors of Easter Bunnies? Arh yeah, map the Dunes! Maybe find me a Weirding Module. Ship's in a shambles, lacking hevels, vote in a Captain already.

May!: Well, we dropped some Democracy on Dalpok, now we're helping rebuild them, after we Pirates have already thoroughly destrashed them. Seems ta be a working business model. Popular with empires. What could possibly go wrong. All things considering it went well. Durham, yer next. Ah, I just love this town. Think I'll besiege it for longer.

June: Seeking new lives, old civilizations, riches, and treasures to plunder. The pistol's name is Stargoyle so the aims must be true. Do all the things, live your best lives here. The roadmakers have been busy. They mean well, they just didn't think things through. The stupid're meant to get lost in the jungle & die.

July: Treasure Collecting! Tennis Ball? Got! Next? Ornate Staffing? Could be the Holy Grail, I want a Plain Wooden Cup! Got cup. This bloody list goes on and on. For what though really. The Boss Cat wants these items studied, observed in action. Everything else looks to be just for the bygone legendry.

August: To The Batcave, Robin! Never saw bats in those caves, and don't know anyone named Robin neither, but I am caves-bound. It's hot above ground, I need shade, damnit! Hope to make some worthy discoveries down there, or else achieve platinum rat hunter status, hahaharrr... ..aarrr, fine did the swamps, got stuff, back to the caves!

September: Still about as Happy as a Bat in a Cave, yeeharrr. Very cool and shaded down here. They've led me to Durham. Always a fun vacation destination. Bigtime fan of the Horror elements there. So many neato locals to intereact with there too. Fun fun fun til the corpses stop twitching. My good deed for a fortweek will be cleaning the place up. Arh!

October: The y'aaarrly lol ship defense preparing against the zombie critter hordes. Woulda loved to stay and play where I was, but booty calls. And then again, couldna we just flood the isle with rambling roadkills? I mean, hey, why should we have all the fun? We coulda be seein Zombified Everything! Sounds like Chaos. I'm in. Gonna beat Skullture's zomtermination score.

November: Pilgrimage to RakMoGak for Thanksgiving, invited ta Dinners was what I'd'a heard, could be Fun? Told'em I'd be Right on over After we Unzombinate all that Stalking Deads once and fer all. If it's got Zombified as is first name, then it's a done duckie. Let's show these recent upstarts how we'd Big Game Hunt back in the Earlies, sonny.

December: In order to Truly understand Fear and Madness, I'll be Hunting down a fearsome Kraken named Chthulu.

"I'm a better ally than an adversary, but either can be fun." 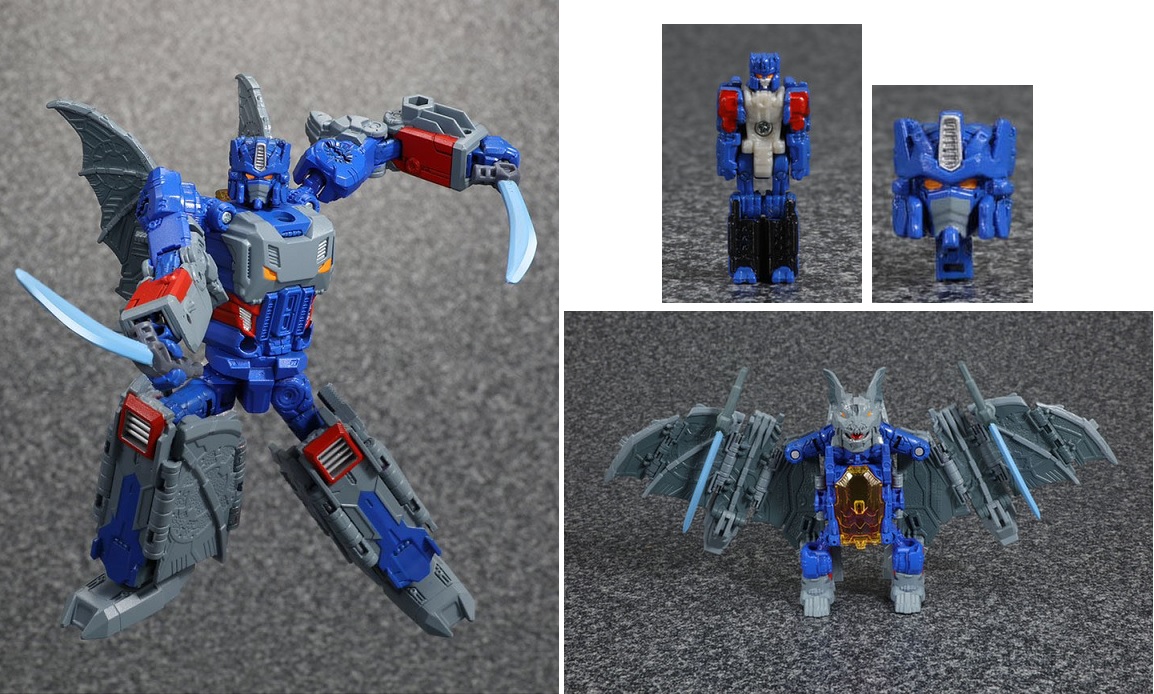 {Also, so what, the profile may be a bit TL;DR for ya, it's a journal, it's involved. Nobody's forced you to read the whole thing ifn ye didn't want ta, you whining little snit.}