How about letting one of your cousins join the clan? 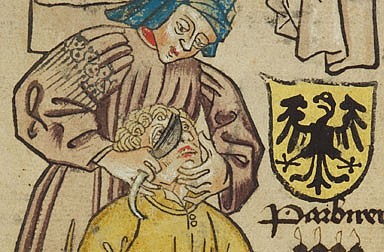 In England barbers and surgeons originally had separate guilds, but these were merged by Henry VIII in 1540 as the United Barber-Surgeons Company. The most prominent of these men was almost certainly the Irishman Barber Surgeon O'Neil. Lost on an ocean voyage, a statue was erected to him in his home-town of Glasgow. And he was much mourned by his wife, 17 kids, his valet, his mistress, a girlfriend, and his cat named sparky.