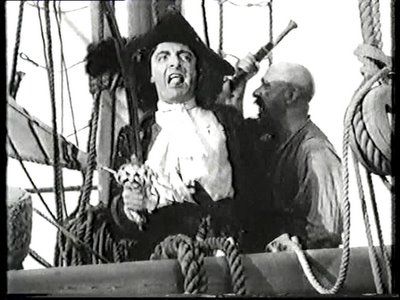 At The Watering Hole:

You say, "zevna! I ain't spied a lass in more than fiddy tides. Th' way I be gunna smooch on ye, 'tis gonna sound like a horse eatin' an apple! Ya lily livered scurvy dog!â

Wolfred Bane, the seas be a'treatin' me shitty! Like ar' redheaded stepchild!

Good deal Bahl. Be the sharman arises again I will endeavor to dispatch 'im. Wot worked in Rakmogak ought t' work in Durham, I suspect. Methinks some o' me former allies in Rakmogak 'ave ties here, so's our numbers arrr likely to be lower. The hotel be unsafe. Spooks ever'y place.

FlayII, aye be at the sacred spot whar I'm jawin' wi' Sara. She always had a soft spot fer Terrible Ed. If ye still be in Rakamok I'll try an' portal by. If it be over-run wi' savages, aye'll portal ri' back out again. Yer 'umble servant, Terrible Ed Rickets.

"You must start a fire which is large enough and there must be adequate vegetation in adjoining squares."

FlayII, have hoarded 17 horks o' driftwood an' are nearly back to Port Frenchie Bagette or whatever 't's new moniker be.

Edward England! Aye need you t' git yer fanny out here t' Rakmogak an' slay some natives! I be callin' in favors!

FlayII, me alt has made th' isle an' found but one native, Blume. Nay deaths, level 0, and a body by the shaman. Hasn't found another soul. When he builds some AP I'll has him kill th' shaman. a'keeping that rascal daid be the key to ar' goals.

The Blackbeard Award for most feared pirate in all of Shartak history!

The award scroll messaged to me in a bottle read, "Yadda, yadda, yadda, an' in closin' Ter'ible Ed's ruthlessness an' chicanery seem to practically know no earthly or moral bounds. The day he dies will surely be cause for celebration." And so forth. 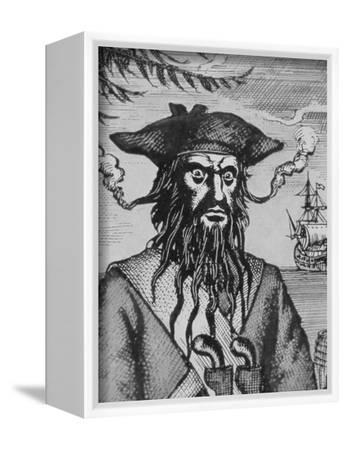 mouse, yer piroate be right 'ere! Has the whole band of th' "Keepers of The Faith" havin' been slaughtered by flesh eatin' songbirds or headless monks or whatever horribles walks this place except for meself, Terrible Ed Rickets?!!!

mouse, TheDreadThespian burt reynolds an' I met up in the crevice whar ye first pinioned us, an' we have met up wi' FlayII, a Ghost Ship hand who has proved hisself worthy on many occasion, and who figures to join in as a pilgrim in our quest to th' "sacred spot". We plans t' haid tord th' basin o' th' falls in hope to gather up ar' cabal and brave the frightening, heavenly, ethereal domain of the "spot", which will likely drive us all mad. 'Til then, I be ye 'umble servant, Terrible Ed Rickets.

Eva de Luna, me pretty, as is my rite, by the piroate code, I request ye allow any of the "keepers of the faith" free passage thru "Hork Valley" or "Pudge McCreedy's Rest" as it be known. If ye shall, I might in time allow ye one kincade (a favor), within the limits or leisure of that of a swashbuckler of my high rank. I reckon you know if crossed, my wrath be terrible and practically unending. I've made many a scalawag's daid grandma jump out of the ground screamin' with me horrific acts!!! But I'll greet ye as a gentlewoman of fortune until ye prove otherwise. 'Til then, I be yer 'umble servent, Terrible Ed Rickets.

Good work mate! The scoundrel be daid, and the conch returned me friend FlayII. snow must have used up a King's ransome in faks and fungi! And all for squat. He didn't even get to blow the critter once! The ship be mostly secure again. We be runnin' too close to the shore.

(Much more horrid news! be patient.)

Look into the face of bloody death.

You see a cruelly handsome rake with a red scarf about his head & hard set features. He is Terrible Ed Rickets.

He has recently begun work to restore The FĂ©dĂ©ration de l'Est, a French enclave to the north of Derby.

Terrible Ed to the Denizens of Unity, (better known as McCreedy's Point) "Swashbucklers be known gift givers. Like th' Portuguese!â€ť

On the weight o' me unbelievable helming skills, I has become first mate of the 'orrid floating tomb known as 'The Ghost Ship'. Captained by Capn jaytn. Or' everchangin' crew battles unspeakable creatures that was perhaps once men. But there be pistols -- an' rum! Always rum.

8/7/2014, Terrible Ed Rickets has raided The Ghost Ship along with Dick Deadeye. Others arriving, updated soon.

update: 8/12/2014. Deadeye an' me, we has elected Capn jaytn, who has guided us here, an' who has rid this ship many tides alone wi' th' dark spirits that dwell here as captain. He's awful proud o' his vessel. One tide stokin' th' lass' lovingly he asks, "Ye like th' fancy wood trim?" I does. Indeed I does.

update: 8/19/2014. As ever' man aboard has witnessed that Terrible Ed Rickets be a superior helmsmen t' any they's be havin' ere spied, an' would testify t' that fact e'en if threatened by 'orrible death, I be havin' taken th' wheel. Th' ship rolls, an' th' sea fights her ever' step. An' she be pursued by a dark sky we can nereseem t' escape. Th' bunks howerebe be comfortable an' be havin' good lumbar support.

update: 9/08/2014. Tis th' well known native Neil Tathers what has visited ur' ship. Wi' his braggatry, fancy ways, cleanliness, an' makin' eye sex at 'evry sea dogs an' land lubber. I be jus' as happy when he made his leave, as he made Terrible Ed feel ... peculiar.

update: 9/29/2014. We be captured in a still sea an' most of the mincing, corset wearin' sissy men who sashayed thar fat behinds aboard The Ghost Ship with the intent solely to extract pistols from this vessel has lefts ar' company. We ar' fewer, but pro'ably the stronger for it.

update: 10/12/2014. After many deadly battles an' hardships, our crew be down to meself, th' Capn, the ship's doctor, Jean Lafitte, ther Dred Thesbian burt reynolds, a native who don't speak, and another fella who I don't know what to make of. Long John Thomas who worthless life I 'av saved more than a dozen cock's crows has jumped ship. Be I ever sight 'im again, I'll kills him whar he stands.

update: 10/20/2014. Jean Lefette has join or' crew an' be a demon with a cutless. The ship rides low from all th' pistols we has piled into th' hold. The Capn busiys himself in th' galley makin' curry of the various beasties he's able to drags aboard. Horrib' stuff it be! But the kegs o' curried rice be the only thins th' rats leaves alone, so it be our lot.

update: 11/12/2014. Or' crew currently be includin' the likes o' La Hire, Jean Lafitte, Doctor John Simmons, Shamus O'Doul, TheBloodyGhost o scurvy sam, graeme quatrain an' a native good at killin' wi' a blowpipe, nosher powell. Hold up in the galley avoiding the blackguard Captain Brigg's full fury, we has been lucky at obtainin' necessaries and slay the Steward daily. There also be a spirit an' a dead body aboard. As time passes we endeavors to unravel th' numerous an' horrid secrets o' The Ghost Ship. Plus La Hire snores somethin' chronic.

update: 11/26/2014. A horrid native name o' Ryan Coyle set upon us souls on th' Ghost Ship as we was caught in ou' tormented sleep! In his fungi addicted state 'e managed t' slay th' Capn, meself, an' La Hire. Lafitte hisself has gone missin'. This proves e'en good men what sez th''r prayers an' keeps a steady course can be set upon by evil.

update: 1/07/2015. I have died and left The Ghost Ship, and am spending time with The Responsible Drinkers. Arrr, how the booze flows.

update: 2/14/2015. Much be 'appened I cannot speak of. No one must know! But I have recent mead a Kincaid with the denizens o' 'Shark Island', 'Unity Island', 'Bogoto Delmar' or '(Pudge) McCreedy's Point' as I knows 't. Hefner and his crew be mad as hatters, but we has somehow come t' terms. A portion of the isle now be safe haven fore the scurvy seafarers what wash up from The Ghost Ship.

update: 3/2/2015. Capn jaytn be lost or daid! A fine Captain he were. A gentleman o' fortune! Whether he be masted in this world or th' next we wishes him well. Although th' horrid stench of 'is curry still pervades this accursed vessel. First Frenchie Bagette, now jaytn. Could I be not as wicked a crazy good helmsmen as I be 99% certain I be?

update: 3/22/2015. After many 'o idealic days of hellish storms, nightmarish apparitions, an' crewmen a' usin' my toilet, we was set upon by a demon, a human monster, some do do shaped like a man, "snow". Flay, Scurvy Sam, and a fellow who I cannot recall fought bravely. But the blackguard caught them with their pants down a'usin' my toilet. The native Nosher Powell attacked him with all his indigenous fury, and snow shrieked like a wee girl, dove into the sea and dog paddled away like a third grader named Tammy at the YWCA. He was then tracked by Shamus O'Doul ... full of Ghost Ship rum & Irish rage! Anyway, snow be on 'The Ghost Ship' pirates permanent kill list! Unless he brings us some rum or buys me a Camaro. That is all!

update: 9/02/2015. Has agin' me bet'r judgment joined the Royal Expedition's Grand Elephant Hunt! An' 'as be havin' managed t' slay several o' th' big gray tusked landlubbers as they charges an' tumpet's at me wi' thar horrid great snouts. I has broke near ever' blade I carried on th''r miserable hide an' 'as dumped a king's ransomed in fungi down me gizzard! Aye, Ter'ible Ed must win r' dies in th' attempt.

A pirate all his life, Rickets is a unique thinker, and has big plans. He went from cabin boy to deck hand, to captaining 3 ships. They all went down. His last ship, he was First Mate of "THE FLYING FRENCHMAN" under Frenchie Bagette, and many of his former crew wander about the island of 'SHARTAK.