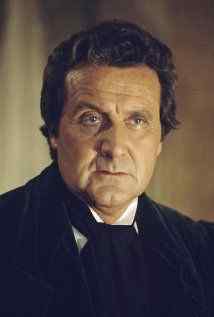 Home: the shipwreck
Been on the island since 2014-02-13
Died: 43 times (last time was 2022-08-15 13:11 at the hands of anaalipunktio, killed by a knife)
Level: 36
Class: Pirate (outsider)
Primary Clan: The First Continental Congress of Durham
Secondary Clans: The Council Of Wiksik and Scavengers of the Ghost Ship - One Mo' Time
Underworld: https://underworld.shartak.com/?id=24149
Deadzone: http://shartak.aphlor.org/deadzone/view/24149

I have gained the faith skill. Where all thoughts of violence leaves one.

Now I must return to my spiritual home Wiksik! To build my mojo!

Sykonykor, a murderous psycho. Why does he belong to clan that worships kittens?

Uhhh. What an ass.

Having come to Dalpok to learn the healing ways of the shaman, I call the right of parlay! Kill me if you must, but expect to get haunted -- and butchered by alts -- for an inordinate amount of time!


THE SHIPWRECK DOES HAVE A GUARDIAN ANGEL.

A MAN OF SCIENCE.


You see Sir John Simmons. Believed to be a powerful Shaman and healer by the native
population of Wiksik, and years ago knighted a chevalier of defunct The defunct Knights Hospitaller.


Doctor John Simmons was a skilled & respected
surgeon for the crown, until he was accused
of procuring the bodies of the poor & indigent
for his research. To escape, signing on as ship's
surgeon on 'THE FLYING FRENCHMAN' he ended
up here.

The Doctor, attacked by both native and outsider
has killed, but believes the native population has
a right to Shartak by blood.