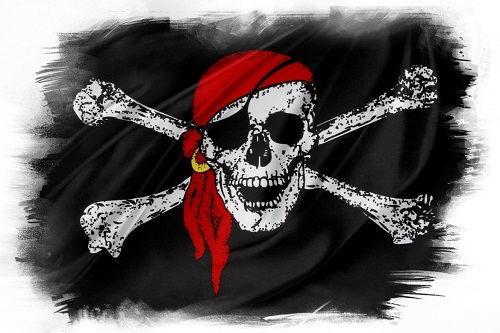 DEADEYE: I say - it's a beast of a name, ain't it - Dick Deadeye?
BOATSWAIN: It's not a nice name.
DEADEYE: I'm ugly too, ain't I?
BOATSWAIN: You are certainly plain.
DEADEYE: And I'm three-cornered too, ain't I?
BOATSWAIN: You are rather triangular.
DEADEYE: Ha! Ha! That's it. I'm ugly, and they hate me for it. For you all hate me, don't you?
BOATSWAIN: Well, Dick, we wouldn't go for to hurt any fellow creature's feelings, but you can't expect a chap with such a name as Dick Deadeye to be a popular character - now can you?
DEADEYE: No.
BOATSWAIN: It's asking too much, ain't it?
DEADEYE: It is. From such a face and form as mine the noblest sentiments sound like the black utterances of a depraved imagination. It is human nature. I am resigned.

Ol' Deadeye is a killer for hire. Plain and simple. There's nothing more to him than that. If he bothers to talk to you at all, it will be to offer some sort of insult before he runs you through with a cutlass or shoots you in the face with a pistol. The insult won't even be that clever. Deadeye is about as smart as he is handsome. But he does have some skill with a blade. And he shoots pretty well for a man with only one good eye. That's more important. Sometimes his victims fight back. Sometimes they even get the drop on Ol' Deadeye and kill him instead. That happens more often than he cares to admit. But he doesn't take it personally. He just stands back up and continues on his way, doing the only thing he does well - murder for gold. He's a pirate after all. That's what they do. Who ever heard of a PEACEFUL pirate? That would just be plain silly. People expect pirates to pillage and plunder - to take what they want and kill anyone who gets in the way. To act otherwise would be an insult to all the salty sea dogs who have gone before. There's a proud tradition to uphold, you know. Deadeye is a true pirate. He doesn't wear an eyepatch though - or keep a parrot on his shoulder. That's a tired cliché that needs to die out. Real pirates don't look like that. They do tend to say ARRR a lot though. Again, it's expected of a pirate even though it sounds ridiculous. Deadeye wants to replace this expression with something more menacing. I mean, who gets scared by somebody saying ARRR? He's been working on a new pirate catchphrase but so far hasn't come up with anything good. It's worth mentioning that Deadeye is a notorious liar and a damnable betrayer. Any promises or oaths this rogue makes are less than worthless. He'll break his word or abandon his allies at the drop of a hat. He'll stab you in the back and side with your enemies if they put more gold in his pocket than you did. Just remember who and what you are dealing with.

Deadeye hates elves and enjoys nothing more than shooting the little pointy-eared creeps in the head. And making Santa watch. Then killing Santa. And making the revived elves watch. It's fun.