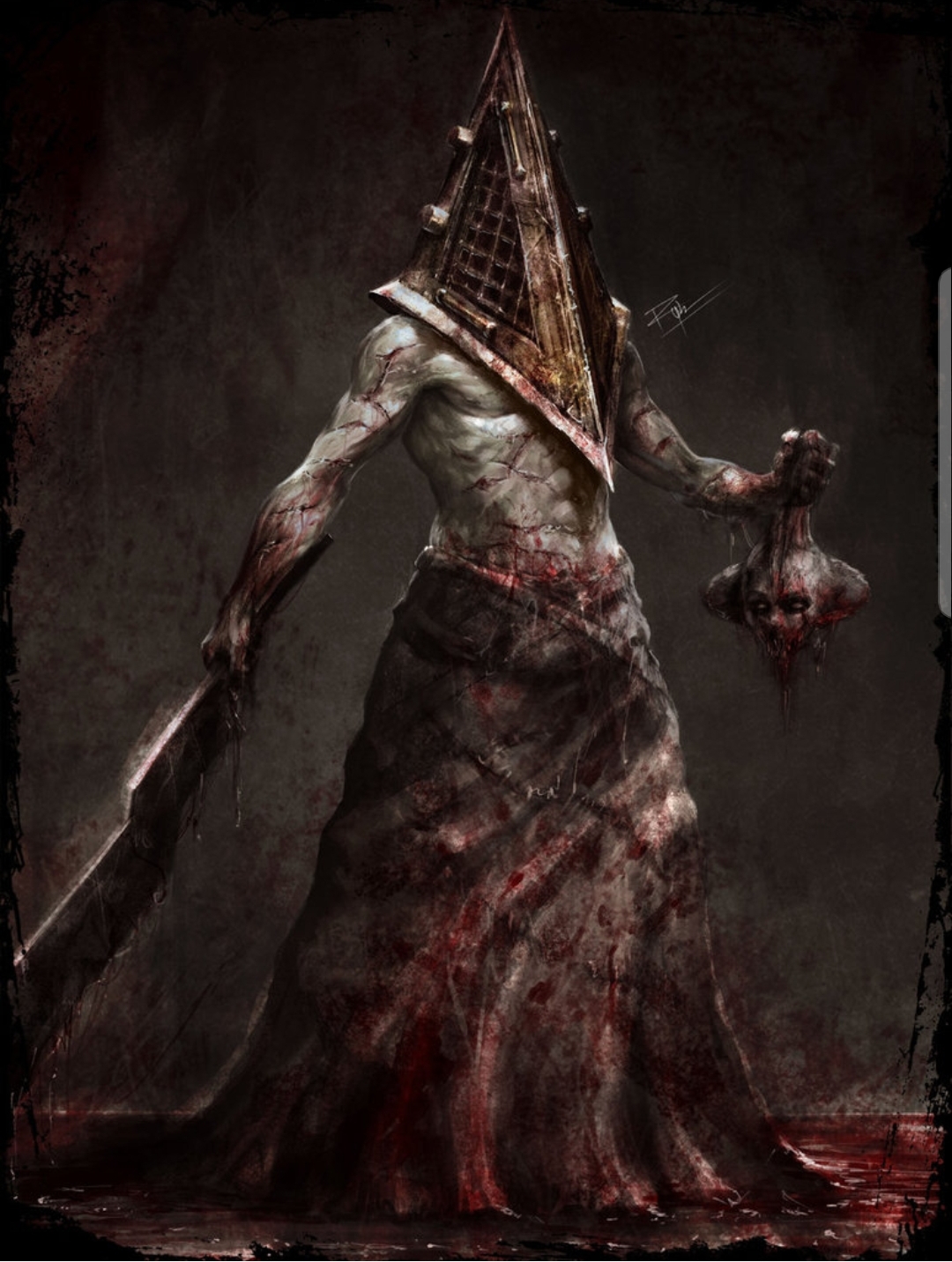 His skin is porcelain white but appears to be grey, as it is faintly visible beneath layers of ceremonial ash, splattered blood flecks, and flesh-bit residue.

He wears a heavily-stained, thick leather butcher's smock and a massive, rusty, triangular helmet. And he carries an extremely heavy, battle worn blade that he calls his 'Great Knife'.